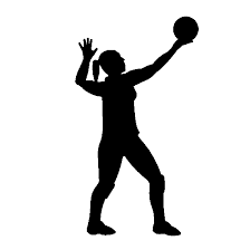 Short-Term/Long-Term Memory: Training the serve, more than any other skill in volleyball, best teaches coaches the relationship between short-term and long-term memory. And this concept is very important for all coaches to understand. In brief, short-term memory exercises refer to one-dimensional exercises in which athletes are asked to perform an assigned technique. For example, if I ask my athletes to change their passing grips and they are performing a drill where one partner tosses to the passer they will all be able to perform this without difficulty. That is a short-term memory exercise. If I then ask my passers to change their grips and we run a combination drill involving several different skills they will generally revert back to their reflex technique; that is, the grip they usually use. This is long-term memory. The challenge for coaches is how to best transfer short-term memory technique modification into a reflex movement for the athlete.

The point here is very simple, because serving is a one-dimensional exercise it is a very easy skill to modify. That is probably why so many coaches tinker with their athletes’ serving technique. And here is the problem. The way young athletes serve will influence the way they attack. If your athlete serves an aggressive topspin ball while arching her back she will likely hit balls that way; if she drops her hitting shoulder while serving she will spike that way; if you have young athletes serve with their fingers closed they will tend to hit with their fingers closed. In other words, serving is a short-term memory exercise that may become a long-term memory reflex. And the habits young athletes pick up from their serving fundamentals may hinder their long-term development.

My experience with younger female athletes is that they favour their backs over their hips when serving. As we all know, every server must use their bodies to serve a ball over the net. The shoulder is not strong enough on its own. Servers have one of two options. They can transfer their weight forward and rotate their hips and torso to drive the ball or they can arch their backs and drive the ball while using their backs. My experience is that girls favour their backs. Naturally, this leads to overuse injuries and in our area I have seen a sharp increase of girls dealing with back pain in our sport. Because of this I have our younger athletes serve at 90 degrees (facing the side wall) for the first two years of their club season. This forces them to rotate their hips and torso and not use their backs.

I would like to add a point of fact here. Many coaches teach their athletes that they must face the court when serving. They believe this is essential to successful serving. The result is young females initiate their serve while facing the net, then arch their backs, and subsequently have an increasing risk of developing back pain. The fact is that athletes must face the net (their target) when they make contact with the ball, not necessarily prior to it. Athletes can be at 45 degrees or 90 degrees to initiate the serve. The server then rotates her hips and torso to hit the ball. Still, I do not have our athletes serve sideways because I believe it is a technically superior form of serving – it won’t make them hit any harder or be more deceptive, but rather because I believe it is a healthier way for young female athletes to learn the skill.

By the way, another common error that coaches make that seriously handicaps their female athletes comes from allowing them to drop their hitting shoulder when over-hand serving. Young females are prone to dropping their hitting shoulder and this has to do with the arm-speed not being quick enough (not with physical strength). This occurs by dropping the hitting elbow below the hitting shoulder and then pushing upwards to hit the ball, generally making contact with the heel of the hand. As I have already mentioned, allowing young female athletes to do this will result in them spiking in the same manner. It will become a reflex and one of the most difficult habits to break in our sport. If this is happening to one of your younger athletes, best to not let her over-hand serve, but rather continue with her arm-swing exercises that will help improve her arm speed.

Five Steps to Serving: There are five steps to serving. These are Routine, Focus, Visualize, Execute, and Assess. Tip: One way I teach my younger athletes to stop and focus is by having them find the nozzle on the ball. By providing your younger athletes with an assignment such as stop and find the nozzle you will more easily get them to stop their movements and focus on the execution of their serve. By the way, when these athletes are a little more mature you should have them focus on a target point on the other side of the net rather than the nozzle.

Under-hand Serve: I am often asked if coaches should have their athletes “punch” the ball with a closed fist or hit the ball with an open hand. The simple answer is that I do not believe in teaching young athletes to hit a ball with a closed fist. Your role as a coach is to prepare them for the next level of play and to do so without creating bad habits that the young athlete may later be burdened with. Having athletes use an open hand forces them to pull their hitting shoulder back, swing their arm quickly, make contact with the heel of their hand, and transfer their weight from the back hip to the front leg. In short, all things they will have to learn to execute an overhand serve. When you have athletes make a fist you are teaching them that there is strength in their hand. And take a minute and watch their mechanics. You’ll likely see that they don’t pull their shoulder back or transfer their weight very much. Still, if you are coaching very young athletes (under 12) and they are simply not strong enough to execute an open-hand serve successfully; I would agree that a closed-fist serve may be a good place to start.

Float Serve: The easiest way to teach younger athletes how to lock their wrist to hit a float serve is to have them hit a “back-spin” serve. By attempting to back-spin the ball your athletes will naturally lock their wrist and begin float serving. The most common error coaches make in teaching the float serve, in my opinion, relates to the follow through. Many coaches teach a “hold” or “pull back” finish on the float serve. That is, no follow through. I consider both to be advanced progressions to the float serve and do not recommend either when training beginners. Aside from missing a number of serves, another common result with female athletes is that many will drop their shoulders and poke the ball. This may then transfer to affect their hitting technique, and can take years to unlearn. Serving the float serve should be performed with a complete follow through to start. Of course the wrist should stay locked throughout the serve. Contact with the ball should be made with an open hand to allow for better control (a larger hitting surface) and at the heel of the hand.

Top-Spin Serve: In my opinion too many coaches have abandoned the top spin serve. The primary goal for your servers must remain the attempt to prevent your opponent from getting into a passing rhythm. If all your servers serve the same way, even if they are great spot servers, your opponent should eventually get into a rhythm in which they know what to expect. And when I refer to top spin serving I am not referring to jump serving. A simple standing top spin serve can be very effective in confusing your opponents at any youth level. Some advanced progressions to the top-spin serve involve hitting the ball at different angles: 12’ o’clock; 11 o’clock; and 1 o’clock.

Roundhouse Serve: Is the one serve that is pure shoulder. I have little to say about this serve since I only use it as a training exercise to re-enforce hitting the ball at the highest possible point. I may add to this section at a later date.

Jump Serve: Can be a tremendous weapon, but coaches must be prepared to give up a few more serving errors. Athletes must hold the ball in front of their serving shoulder as they prepare for the toss. Toss the ball up with the serving hand since it allows the athlete to line the ball up with their hitting shoulder. The toss should be high and in front. It is essential to coordinate the toss with a sequence of two or three steps, allowing the athlete to jump and swing naturally. Contact with the ball should be made directly above the hitting shoulder.

Jump Float: I prefer this serve be performed off a two-step approach – right-left with the left foot forward. This serve is better performed with a quick two-hand toss slightly above the hitting shoulder. A high toss is the most common error when performing this serve. I also believe that this serve is easier on the body and should be encouraged more in the women’s game where most females still perform standing float serves.

IMPORTANT: Coaches must discuss their serving philosophy with their athletes. If your serving objective is to serve tough and challenge the other team’s passers you must be prepared to allow for a greater amount of serving errors. However, if you prefer to have a high percentage of accurate serves you should be prepared for higher trajectory, softer serves. In any case, you should be very clear on your expectations and keep stats so your athletes know whether your team goals are being met.