Netball Canada has a Western Canadian Championship (U16 and U18) scheduled for Calgary in May, 2021.

There is also a Sanctioned Netball Tournament in July.

We would love to have a VISION Netball team from Winnipeg, Manitoba go to each!!!

Finally, Team Canada competes internationally and more information on this opportunity can be found at: Netball Canada.

Volleyball Winnipeg is working with a group of Basketball Coaches to introduce "Netball" to Winnipeg-area female athletes. Netball is a non-contact sport (players defend the ball from a distance of 3 feet), and there is no direct defending of the player/stealing of the ball. There is no dribbling and players must pass the ball within three seconds. The game is similar to Team Handball and Ultimate Frisbee.

Camps will start Saturday, November 7th!
Camps will be limited to 16 athletes per age class.

IMPORTANT: To control numbers,  all athletes must register online.

The Registration "VISION Netball Club" is not currently available.

Boys and girls, men and women can all play on the same team or against each other since there is no contact. Netball is a true team sport with players designated to zones and all must pass the ball to their teammates in order to move the ball down the court. Furthermore, no backboard (so shooters must develop great hand/eye coordination), no stealing the ball is permitted, and no dribbling.

In brief, there is no dribbling; no stealing the ball from an opponent, no running with the ball; 7 players; ball passed within 3 seconds; players designated to certain areas of the court; ball & basket slightly smaller; and no backboard. Netball has similarities to European Handball, Korfball and Ultimate Frisbee.

In this period of social distancing this is a terrific opportunity to learn more about netball – basketball without the contact.

Camps will have an emphasis on fun, active participation, and netball specific movement and skill development. Focus on position-specific skill development after establishing a solid base in the basic skills.

Suitable sports footwear may be worn. No item of jewellery, No adornment that may endanger player safety shall be worn. Fingernails must be short and smooth.

Netball developed as a distinct sport in mid-1890s in England, from where it spread to other countries. Today it is very popular in many Commonwealth nations and is predominantly played by women. it is enjoyed in over 70 countries and by more than 20 million people worldwide.

In 1995 it became a recognized Olympic sport and three years later, was played in the Commonwealth Games at Kuala Lumpur.

Martina Bergman-Österberg introduced one version of basketball in 1893 to her female students at the Physical Training College in Hamptstead, London. The rules of the game were modified at the college over several years: the game moved outdoors and was played on grass; the baskets were replaced by rings that had nets; and in 1897 and 1899, rules from women's basketball in the United States were incorporated.  Madame Österberg's new sport acquired the name "net ball".

From the start, netball held a unique appeal to women and girls by eliminating all physical contact (no stealing of the ball is permitted) and no dribbling. In many ways, netball is similar to team handball and ultimate frisbee.

In 1963, the first international netball championship tournament was held in Eastbourne, England. Originally called the World Tournament, it eventually became known as the Netball World Championships. In 1995, the International Olympic Committee designated netball an Olympic recognized sport.  Three years later it debuted at the 1998 Commonwealth Games in Kuala Lumpur.

NETBALL COURT: Firm surface that measures 30.5m (100 feet) long x 15.25m (50 feet) wide". Divided into thirds. Each court has a center circle with a diameter of 0.9 metres (3 feet) and two goal semi-circles that measure 4.9 metres (16 feet) in radius. Sections are referred to as the two goal thirds, and centre or middle third.

OBJECTIVE: Score more goals than the opposition. Goals are scored when a team member positioned in the attacking shooting circle shoots the ball through the goal ring.

PLAYERS: Seven players per team on the court. Each player is assigned a specific position, which limits their movement to a certain area of the court. A "bib" worn by each player contains an abbreviation indicating their position. Only two positions are permitted in the attacking shooting circle, and can therefore shoot for a goal. Similarly, only two positions are permitted in the defensive shooting circle; trying to prevent the opposition from shooting goals. Other players are restricted to two thirds of the court. The centre may move anywhere except the shooting circle. A team consists of maximum 7, minimum 5 players.

START OF PLAY: At the beginning of every quarter and after a goal has been scored, a player in the centre position passes the ball from the centre of the court. Centre passes must alternate teams, regardless of which team scored the last goal. When the umpire blows the whistle to restart play, four players from each team can move into the centre third to receive the pass. The centre pass must be caught or touched in the centre third.

PLAY The ball is moved up and down the court through passing and must be touched by a player in each adjacent third of the court.

Points are scored when a Goal Shooter or Goal Attack shoots the ball through the opponents ring from within the semi-circle.

GAME TIME: A netball game lasts for a regulation 60 minutes. This is split into four quarters, with each quarter lasting 15 minutes.

View our Calendar for details on all our programs... 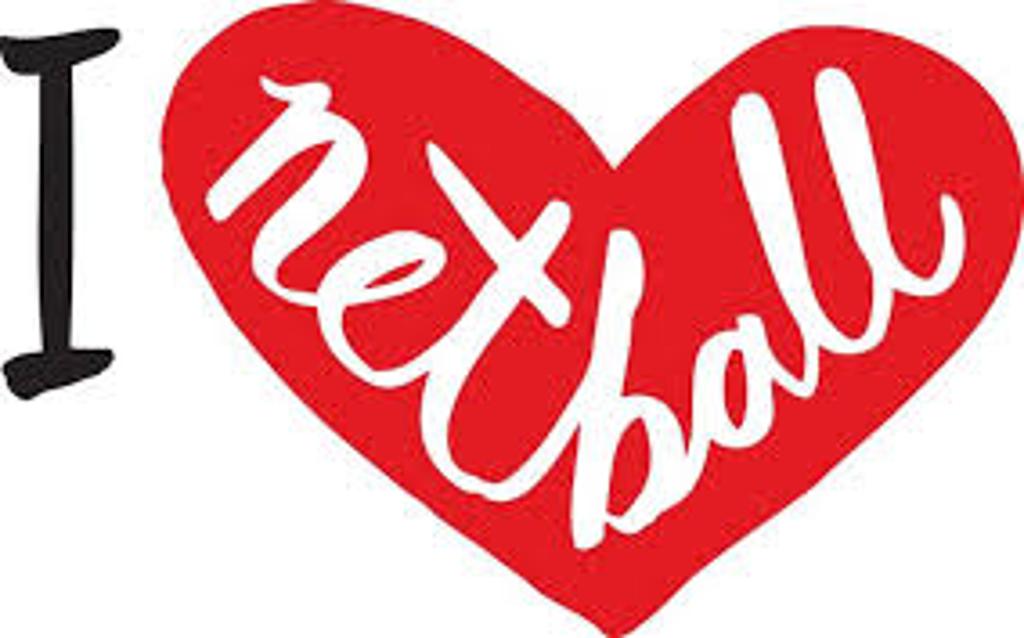 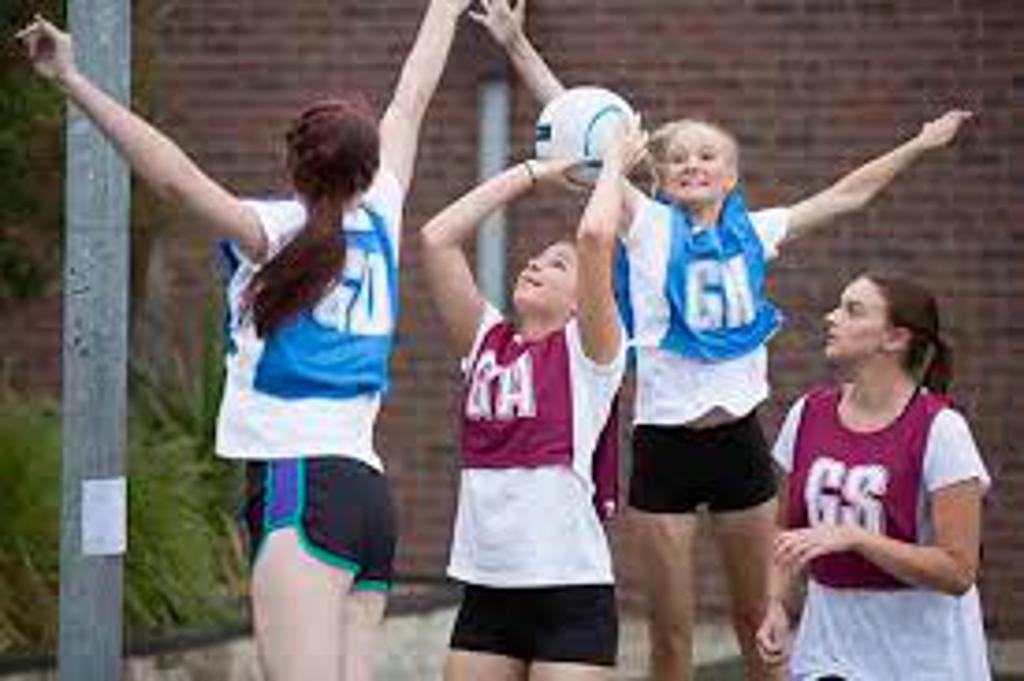 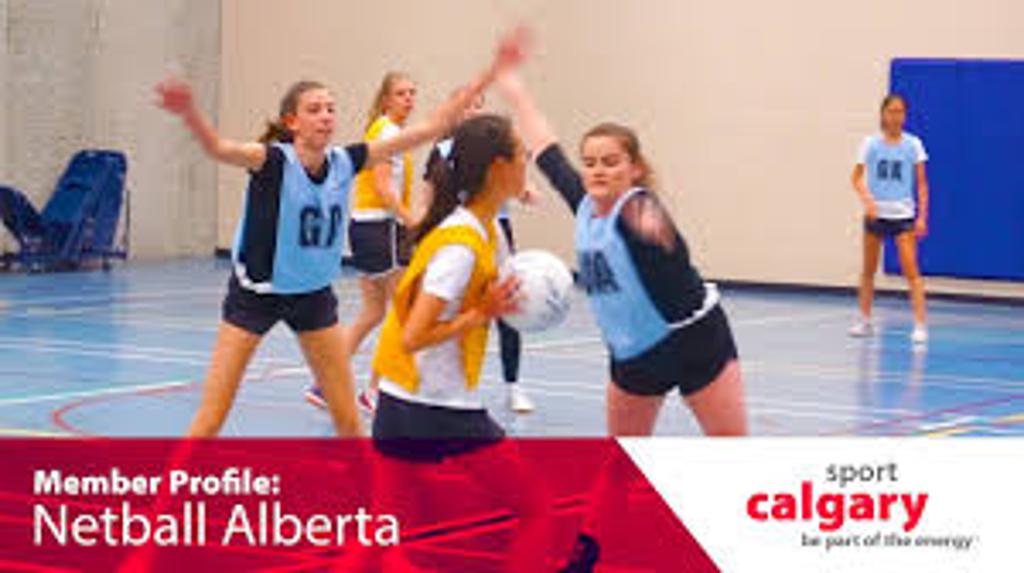